Who are the most clinical finishers in England?

The race for the Golden Boot is often dominated by players from the top teams in the league. This will be largely down to the quality of players that big clubs can attract, but are some strikers being flattered by the amount of chances their team-mates create for them?

Records are tumbling at Harry Kane’s feet but Tottenham’s star man has had more than twice as many shots as Alvaro Morata or Romelu Lukaku. The average rate at which shots are converted into goals (excluding penalties) amongst the Premier League’s top 20 goalscorers is 18.8% and Kane falls someway short of that with only 22 goals to show for his 153 shots (14.4%). It is actually Javier Hernandez of West Ham that leads the way with a conversion rate of 26.9%. The Mexican has been struggling for minutes on the pitch, behind David Moyes’ preferred attacking combination of Marko Arnautovic and Manuel Lanzini, but these statistics show that perhaps the Scot should put more faith in him.

What if all strikers had as many shots as Harry Kane?

These numbers do not take into account playing style or the quality of chances that a player is presented with, but if you apply Hernandez’s strike rate to Kane’s shot total, the Mexican would have 41 goals and would be pushing towards the records of Lionel Messi and Cristiano Ronaldo. 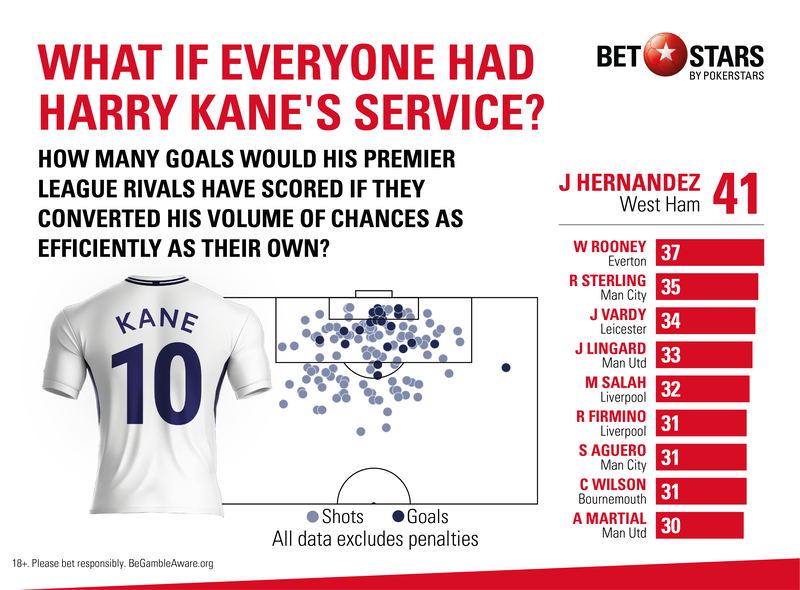 Kane’s relative wastefulness in front of goal is not replicated by his compatriots. Wayne Rooney, Raheem Sterling, Jamie Vardy and Jesse Lingard round off the top five and would all boast in excess of 30 goals if they maintained their current strike rates over Kane’s tally of 153 shots.

Ryan Sessegnon has been the success story of the Championship season and his conversion rate is yet another area where he has excelled. The 17-year-old Fulham starlet has needed only 44 shots to notch his impressive tally of 13 goals (29.5%). Ollie Watkins should think about setting up one of his team-mates next time he finds himself within shooting range. The Brentford player has the unwanted honour of having the worst strike rate of any player among the top 20 scorers in England’s top four divisions, with a paltry eight goals to show for his 113 attempts.

Danny Graham – who often struggled for goals in the top flight – can be proud of his ruthless conversion rate of 27.9% this season, which can only be matched by one player from among England’s other 91 league clubs. However, his Blackburn team-mate Charlie Mulgrew is clear of the field by almost 10%, with an eye-watering 39.1% conversion rate. The Scottish defender is mainly limited to chances from set-pieces but when he gets a sight of goal he is lethal. Will Grigg is most certainly on fire at the moment. The Northern Ireland hero has had fewer goalscoring chances than any other recognised striker in League One’s top 20 but has managed eight goals from his 36 attempts for a rate of 22.2%.

Exeter will need Jayden Stockley to keep up his fine record if they are to push for a play-off berth. The Poole-born striker has netted 11 times from 50 shots to record a rate narrowly better than Vardy and streets ahead of the likes of Alexandre Lacazette. Those looking for Adebayo Akinfenwa will be disappointed to hear the powerful fan favourite is some way short of the division’s top 10, with only 15 goals to show for his 113 shots.

80 Minute Free Bet offer – We’re refunding your stake as a Free Bet up to $/Â£20 if a goal after 80:00 turns a winning Match Result bet into a loser on all Premier League, Champions League and Europa League matches. Min odds 1/2 (1.5). T&C’s apply. 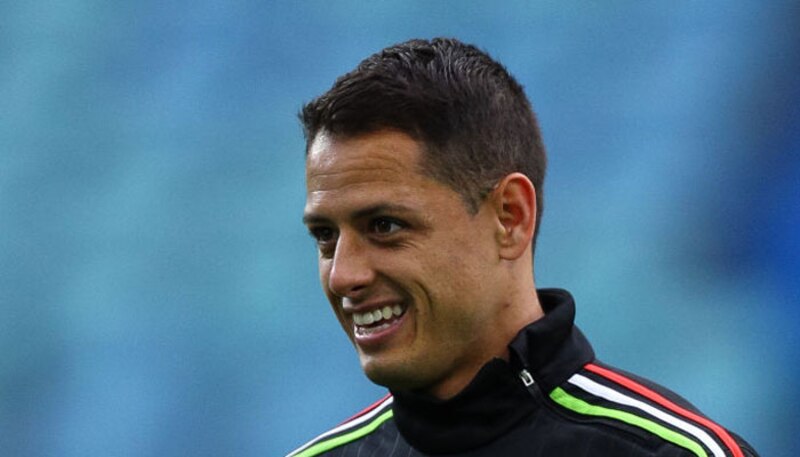