Real Madrid vs Barcelona: Suarez can inspire another Clasico coup

The fourth Clasico of the season comes just three days after Barcelona knocked Real Madrid out of the semi-finals of the Copa del Rey.

The tie was finely poised at 1-1 after the first leg at Camp Nou, but Barca bagged three second-half goals at the Bernabeu for a 4-1 aggregate victory against their arch rivals.

The defending champions head to the capital with a nine-point lead over third-placed Real Madrid following an unbeaten 13-game run, 10 of which were victories. 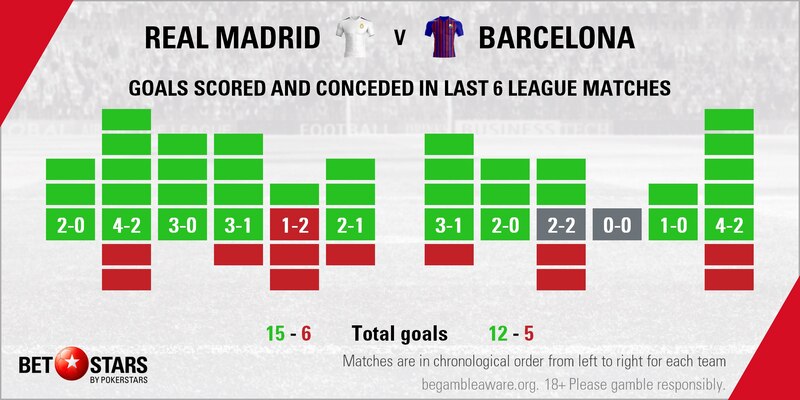 When is it? Saturday 2nd March

Where is it being played? Bernabeu

Which channel is it on? Premier Sports 1

Here are our predictions for Saturday’s Clasico between Real Madrid and Barcelona for which we also have a range of other markets available:

Barcelona are in good heart after an impressive second-half display on Wednesday night put them into the Copa final for the sixth year in a row. 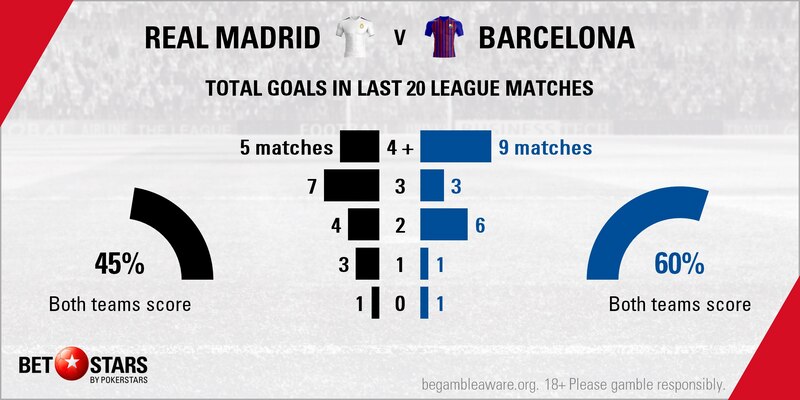 However, the visitors rode their luck at the Bernabeu where they were grateful for a series of saves from Marc-Andre ter Stegen to deny the hosts, who dominated the shot count 14-4.

Luis Suarez scored a hat-trick in a 5-1 victory when the teams met at Camp Nou in October – a result which cost Julen Lopetegui his job – and the former Liverpool striker was at the heart of the action again with a double on Wednesday, his second a Panenka-style penalty sent straight down the middle before he was taken off with 12 minutes remaining.

Real Madrid went into the match having won eight of their previous 10 games in all competitions but they have now lost back-to-back home games having suffered a shock 2-1 defeat by Girona two weeks ago.

As well as Real Madrid played in midweek they have now failed to beat Barca in their last five attempts and have lost to the defending champions in their last three Liga matches at the Bernabeu, so the visitors to win at 11/8 is the first of our El Clasico betting tips.

Suarez has scored five goals against Real Madrid this season and was unlucky not to get another hat-trick on Wednesday when Raphael Varane turned in Ousmane Dembele’s cross for Barca’s second. The Uruguay striker’s opener was only the fourth time he has broken the deadlock this season but he seems to relish playing against Real Madrid so he is our first goalscorer tip at 9/2.

Vinicius Junior, recently called up to the Brazil squad, has been a revelation under Santiago Solaro and we reckon the teenager can get on the scoresheet at 11/5.

The 18-year-old forward gave Barca defender Semedo a torrid time and had five of Real Madrid’s seven shots in the first half so looks good to add to his four goals in the current campaign.

Barca have now won their last two visits to the Bernabeu 3-0 and while it would be a stretch to envisage another repeat of that scoreline at 28/1 the Catalans do seem to have the upper hand against the European champions. 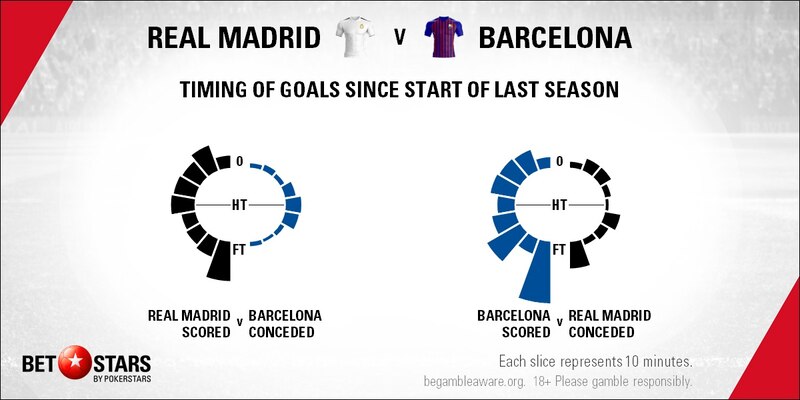 Solari was left to rue his side’s luck in front of goal following the defeat after which he said: “After all of our efforts and having fought until the final whistle, having made chances and dominating for so long in the game, this result really hurts.

“They showed just how solid they are. We had all those chances and if we had scored them we might have made it to the final.

“We were very good and we were organised. We had a lot of energy and we created a lot of chances, but we didn’t score from them. Work, organisation, mobility. We had everything and we can add to that what we were lacking – the goals.”

ðŸ”™ This was @LuisSuarez9 first goal in #ElClÃ¡sico a few years ago. Then 10 more arrived… ðŸ˜‹

We’re expecting goals on Saturday with an average of four a game in the last 11 Clasicos in La Liga, so Barca to win and over 3.5 goals at 19/4 is the next of our Real Madrid vs Barcelona betting tips, with Suarez as an anytime scorer at 11/8 wrapping up our preview.

Real Madrid must attack on Saturday if they are to narrow the gap to six points with a victory, but that means there will be gaps to exploit for the lethal champions.

Barca were perhaps fortunate to win so comfortably on Wednesday as these giants of the game meet for the second time in four days at the Bernabeu. Both teams to score would have paid out in 13 of the last 15 Liga encounters between these sides and Barca have won three of the last five matches, excluding cup competitions. Barca to win and both teams to score at 27/10 is our pick for the fourth Clasico of the season. 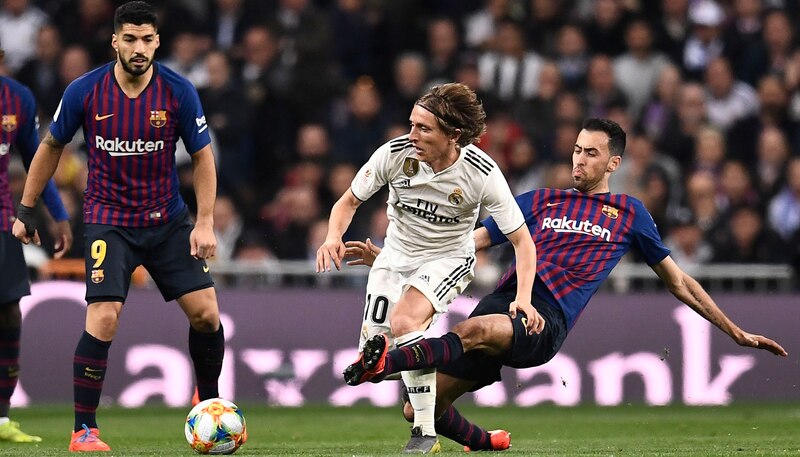