Grigor Dimitrov the value to spring surprise at Australian Open

Roger Federer defends his Australian Open title in January looking to win the tournament for an improbable sixth time and become the first player in the modern era to win 20 Grand Slams.

The Swiss turned 36 in August, so time isn’t on his side to reach that remarkable milestone, but despite his age he is joint second favourite with Novak Djokovic at 100/30 to win the Australian Open.

Although Federer is highly likely to defend his title, the red light started flashing when he revealed at Wimbledon that he has to be “cautious” about his schedule in order to stay healthy.

Andy Murray and Djokovic have both been out of action since Wimbledon with respective hip and elbow injuries, so the temptation is to swerve the big-hitters and look further down the field where the value lies in Grigor Dimitrov at an eye-catching 35/1. 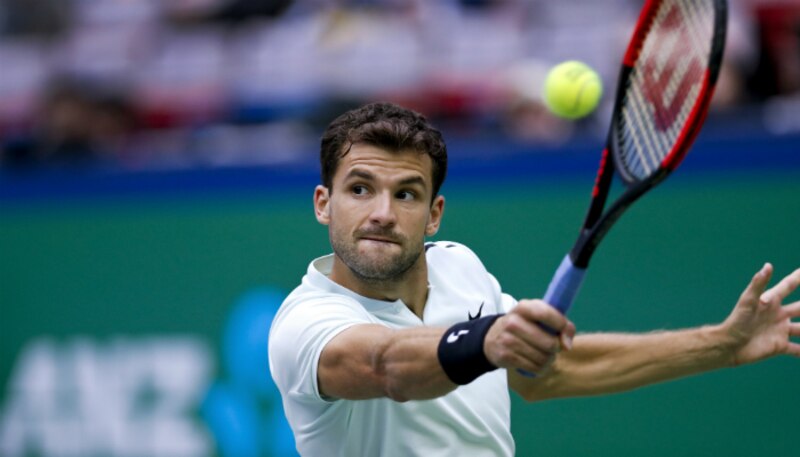 Nadal described Dimitrov as “unbelievable” after their marathon five-set battle in last year’s semi-final which proved to be the foundation for the Bulgarian’s best season on the ATP Tour, winning three hard-court titles, including the biggest of his career at the Cincinnati Masters.

He is the first Bulgarian to qualify for the season-ending ATP Tour finals and although a Grand Slam final appararance has eluded him so far, last year’s appearance in the last four is hopefully a sign of better things to come.

Dimitrov has gone the distance in his last three encounters with Nadal and beat the Spaniard for the first time in Beijing in 2016, admittedly when the left-hander was returning after a spell out with a wrist injury which forced him to miss Wimbledon.

His record against Federer isn’t great, but with a kind draw they may not be scheduled to meet until the final by which time the Swiss could be out of the tournament.

At 26, Dimitrov is starting to reach his peak and has been a consistent top-10 player over the last few months. If he continues in the same vein and performs well at the O2 Arena in November, 35/1 will disappear pretty quickly.

Make sure you check out the latest BetStars tennis odds by clicking on the link.

Raducanu vs Fernandez: Extra energy can give Brit the edge

Djokovic vs Medvedev: Russian to cause a shock in New York

Tennis betting tips: Djokovic to be pushed all the way

US Open odds – 10 contenders to win in New York